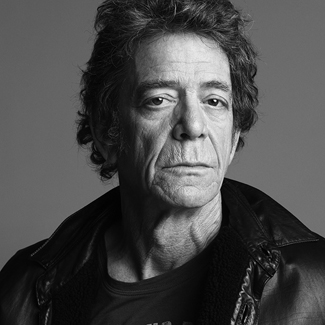 John Cale (2)
The news I feared the most, pales in comparison to the lump in my throat and the hollow in my stomach. Two kids have a chance meeting and 47 years later we fight and love the same way – losing either one is incomprehensible. No replacement value, no digital or virtual fill… broken now, for all time. Unlike so many with similar stories – we have the best of our fury laid out on vinyl, for the world to catch a glimpse. The laughs we shared just a few weeks ago, will forever remind me of all that was good between us.

David Bowie
He was a master

Iggy Pop
I loved Lou. I admired Lou very much. He was a very genuine person. He was always decent to me. His talent was so wonderful in my life and it gave me great pleasure and guidance. I am sure that his was a worthwhile life, and one he would have enjoyed had it continued longer. He and his wife Laurie were such a good couple.

Patti Smith (1)
Lou was a very special poet – a New York writer in the way that Walt Whitman was a New York poet. One thing I got from Lou, that never went away, was the process of performing live over a beat, improvising poetry, how he moved over three chords for 14 minutes. That was a revelation to me.

Patti Smith (2)
So many of us have benefited from the work he has done. We all owe him a debt. Most of us that owe a debt are not very happy to own up to it. Sometimes you like to imagine that you did everything on your own. But I think with Lou that everyone will stand in line to say thank you, in their own way.

The Who
R.I.P. Lou Reed. Walk on the peaceful side

David Byrne
His work and that of the Velvets was a big reason I moved to NY and I don’t think I’m alone there. We wanted to be in a city that nurtured and fed that kind of talent.

Kim Gordon
So sorry to hear of Lou Reed s passing this is a huge shock!

Morrissey
No words to express the sadness at the death of Lou Reed. He had been there all of my life. He will always be pressed to my heart. Thank God for those, like Lou, who move within their own laws, otherwise imagine how dull the world would be. I knew the Lou of recent years and he was always full of good heart. His music will outlive time itself. We are all timebound, but today, with the loss of liberating Lou, life is a pigsty.

Billy Corgan
Saddened by news of the passing of Lou Reed. Always so kind and sweet to me in the times we met. A true artist and visionary…

Tom Morello
My intro to Lou Reed/Velvet Underground was Janes Addiction cover of ‘Rock n Roll’. He was a singular, unique talent. RIP Lou and thanks

Lenny Kravitz
Lou, rest in peace on the wild side

Flea
I love Lou Reed so much. Always

Cyndi Lauper
I still can’t believe Lou Reed passed away. I’m sorry for his family’s loss. greatful for his music and the influence he had on my music

Billy Idol
R.I.P. Lou Reed & thank you & the Velvets. U were my inspiration in the ’70’s, 4 without you there would have been no punk rock!

Yuck
Really saddened to hear about Lou Reed passing away. He was a great songwriter and a big influence on our music

Weezer
R.I.P Lou Reed – VU was a big influence when weezer was being formed, and Ric Ocasek told us cool stories of his friendship with him

Nile Rodgers
Lou Reed, R.I.P. I did the Jools Holland show with him last year and we yucked it up. I didn’t know he was ill

Irvine Welsh
Sad to hear about Lou Reed passing. Such a star. RIP Lou, and thanks for giving us Perfect Day for Trainspotting 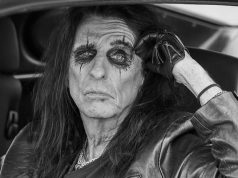 Alice Cooper in Italia a Giugno 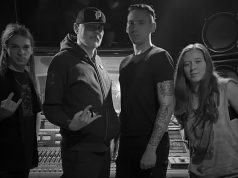 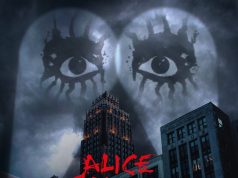